An Austrian woman, who’d always instructed her children to have compassion for refugees, did an abrupt about-face after an Iraqi immigrant raped her son whom he’d met at the local public swimming pool.

Dunja, who immigrated to Austria from Serbia during the 1990s, was appalled by the man’s defense to the attack, calling it “just monstrous,” according to the Daily Mail.

Rather than denying the act, the rapist claimed he had “too much sexual energy.”

The 10-year-old victim, named Goran, sustained serious injuries as a result of the attack and was hospitalized. His mother said her son cries himself to sleep every night.

.
Although the attack took place in December, Dunja only opened up to local media recently. She said she’d arrived in Austria as a refugee from the Serbian civil war and struggled to make ends meet while instructing her five children not to prejudge other people.

But when she’d learned that the Iraqi claimed that he’d had a “sexual emergency,” she regretted her previous advice.

“I couldn’t believe it when I heard that. I come from Serbia, and I spent five years living in a Caritas home together with people from many different nations,” Dunja said.

“You certainly can’t call me a racist, but to try and defend himself in that way is just monstrous. It’s like me saying I’m going to go to a bank tomorrow and rob it because I don’t have enough money for my five children.”

Her thoughts then turned to her son.

“I know that the physical wounds will heal, but the wounds to his soul may never heal,” she told the local media.

Although the attack happened in December, it wasn’t immediately reported to protect the victim.

Dunja explained that her son loved swimming, and on the day of the attack, she gave him three euros so that he could go to the local public swimming pool in Vienna after school.

“He was so happy at having the money, and after school went there straight away so I wasn’t expecting him back home immediately,” Dunja said.

“Three hours after school finished, I got a phone call from him and he was crying into the phone. I couldn’t understand a word he said, but then somebody came on the phone and told me: ‘Please come straight away, your child has been sexually assaulted.’”

The last thing any parent wants to hear.

She said that she had rushed there straight away and was devastated when she looked through a glass window and saw her crying child sitting in a room with a man in swimming trunks who had handcuffs on.

She said her sister was with her, and the police had to stop her from attacking the man straight away.

.
“I don’t want the man to be deported, I want him to be jailed because I have heard what they do to child sex attackers in jail,” Dunja said.

“I want him to experience everything in jail that child sex attackers can experience from the other convicts. And then I want him deported.” 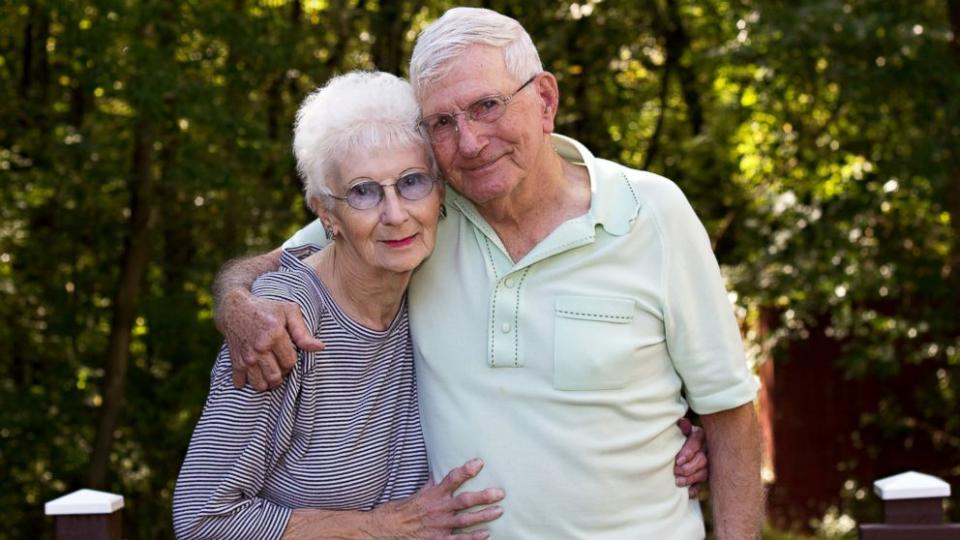 .
A Michigan couple is expecting their 101st grandchild the same month of their 68th wedding anniversary.

“I brag about it a lot,” Shirley Keena of Grand Rapids, Michigan, told ABC’s “Good Morning America.” “My new friends tell me they’ve got five or six grandkids, and I say ‘Well, I’ve got a 100.’ They look at me like I’m lying or something. We can’t have everyone over for Christmas anymore, the walls will cave in.”

Having a big family has been a joy, Shirley Keena, 85, said. She and her husband, Don, 88, didn’t really “plan” to have certain number of children, as many families today do.

“[My husband] is happy about them too,” she told ABC. “He loves babies.”

Shirley’s daughter, Sally Keena, 64, told ABC that the age range of the Keena children is 53 to 67.

“There’s Donna, Daniel, Sally, Deborah, Don, Sherry, Lynn, Rick, David, Mark and Tammy,” she said of the kids, listing everyone in order from oldest to youngest. “People are saying ‘Holy cow, I cant even imagine,’ but for us it’s normal. We’ve always had a big family.”

And now, at 100 grandchildren total, the Keenas are expecting another.

“My family keeps getting bigger, and we’re expecting another one the same month of our wedding anniversary,” she told ABC. “We never believed we’d have this many.”

Shirley shared that her grandchildren live in Michigan, California, Colorado and Texas, and nine of them are even grandparents themselves.

Shirley and Don met when Shirley was working at a soda fountain in Grand Rapids at the age of 16 – 69 years ago.

The two married May 15, 1948. Sally told ABC that her parents had all 11 children in 13 years, without having any twins.

“Their whole life is their kids and their grandkids,” she said. “We are a very close family. Anybody you talk to says, ‘Your parents are the nicest people we’ve ever met.’ They’re just very loving people. [My mom], she’s very proud.”

Sally said her family plans to hold a reunion this year to try and get as many of the 101 grandkids together as possible.