.
Rep. Alan Grayson (D-FL) posted a tweet saying he opposes the militarization of police forces. His message contained a profanity. A photo attached to the tweet showed police officers wearing gas masks and holding weapons, standing next to a mailbox with graffiti that said, “F*** The Police.”

.
As he considers a run for the U.S. Senate in 2016, Grayson is no stranger to controversy. He is currently engaged in battles with both the leadership of his party, who have thrown their support in the Senate race behind Rep. Patrick Murphy (D-FL), and with his estranged wife and mother of his five children, who he is seeking to cut off from his estimated $26 million fortune.

Earlier this month, Grayson launched a profanity-laden tirade at another Florida reporter, saying that his story was s “a whole ‘nother level of bullsh**” and asking him if he was “some kind of sh**ing robot” who went around “sh***ing on people.”

Anthony Weiner so happy it’s happening to someone else… 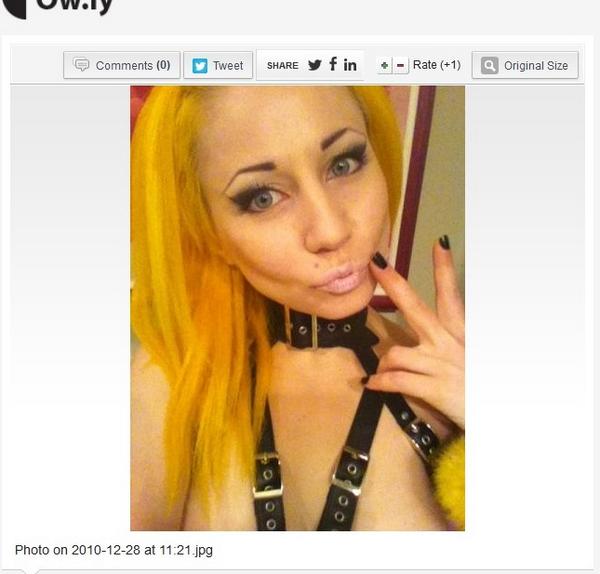 All right. Everyone else is posting it. So, here ya go – the inappropriate photo linked in @GovernorMarkell tweet.

An inappropriate photo was inadvertantly sent out earlier. We are looking into how this occurred but apologize to anyone who was offended.

DHS Flags Tweets About ‘Militia,’ But Not ‘Jihad’ – WorldNetDaily

You can thank the Electronic Privacy Information Center for forcing the Department of Homeland Security to release its list of “keywords” that are used to by its agents to monitor you on Twitter, Facebook and other social networking sites.

The list, including phrases, reveals which words you probably want to avoid or else risk being flagged and eyeballed as a possible terrorist or someone who is otherwise posing threats to the United States. Words included such innocuous terms as: “Militia,” “exercise,” “cops,” “national security” and “facility.” Interestingly and of note, “jihad” was not included, nor were the words “Middle East,” “Arab,” “Muslim,” “terrorist” or “pressure cooker.” Perhaps those are on a different DHS red flag list?

The Electronic Privacy Information Center sued to obtain the list, but not before it had filed a Freedom of Information Act request for the documents contained within DHS’ 2011 ‘Analyst’s Desktop Binder,’ which, according to a Forbes report, is “used by workers at their National Operations Center, which instructs workers to identify ‘media reports that reflect adversely on DHS and response activities.’”

Meanwhile, Sen. Rand Paul, R-Ky., in Silicon Valley to meet with Google, eBay and Facebook representatives last week, made his views known on civil liberties, technology and privacy, telling them, “Due process is not someone who’s an elected politician deciding whether [Americans] should die or not.”

Ironically, Al Qaeda’s newest war tactic now includes social media. Call it “digital jihad,” but again, I’m not finding that phrase on the DHS list. Why is that?

As Pamela Geller wrote at her blogsite Atlas Shrugs, “Well, you can’t say we haven’t been warned.”

Quoting from an article that appeared in the May 30 edition of MEMRI, Geller posted that for the first time, the jihadi magazine Inspire was disseminated on Twitter rather than Al-Qaeda affiliated jihadi forums. The English language magazine is produced by Al-Qaeda in the Arabian Peninsula.

From MEMRI: “The first downloadable link was posted on a Twitter account belonging to “Muhammad Al-Shammary,” who said he had received an email with English and Arabic copies of the magazine. Al-Shammary, who uses the handle @muhammad115599 and about whom very little is known, then posted the password needed to unlock the link.”

“Most of the articles in this issue focus on the Boston Marathon bombing,” MEMRI continued. “Inspire’s publishers clearly believe that they deserve credit for providing the perpetrators with the motivation and operational know-how for the attack. More importantly, AQAP uses the current issue to incite Muslims in the West to carry out similar attacks, by emulating the Tsarnaev brothers and the Woolwich attackers. Thus, one prominent feature in the issue is a message from AQAP’s military commander, Qassem Al-Rimi, who warns the American people that such attacks will continue and that their government is unable to stop them.”

But the forums continue to flourish. The Atlantic magazine reports that almost a decade in, “Al-Qaeda’s password-protected online forums continue to remain popular. Government officials in the U.S and elsewhere have spoken out against the message boards, which are used by jihadis to converse and distribute information, saying they serve as a recruiting tool for terrorists and have been used to incite violence against the West. But some U.S. intelligence officials have argued against their removal, saying they rely on them for intelligence gathering.”

An elderly Florida couple have been forced to move into a hotel after their home address was wrongly tweeted as belonging to the man who shot teen Trayvon Martin.

The tweets were traced back to a man in California and the address was also reportedly retweeted by director Spike Lee to his almost 250,000 followers.

The couple, aged 70 and 72, have been harassed with hate mail, been hassled by media and had scared neighbors questioning them since the tweet, their son Chip Humble told the Orlando Sentinel.

Fearful for their safety, and hoping to escape the spotlight, the couple have temporarily moved to a hotel.

The confusion seems to stem from the fact the woman’s son is named William George Zimmerman and he lived briefly at the address in 1995.

When William Zimmerman pleaded with the man who tweeted the address, the man responded, “Black power all day. No justice, no peace” along with an obscenity.

Neighborhood Watch volunteer George Zimmerman shot and killed Martin in a Sanford gated community on Feb. 26, with emotions and anger running at fever pitch while he remains free.

William Zimmerman said he used his mother and stepfather’s address to register a car, get a drivers license and vote when he lived there after college.

“This is really scary, and I’m concerned for my family,” William Zimmerman said. “It’s scary because there are people who aren’t mentally right and will take this information and run with it.

“To endanger people who are innocent because people are angry is not the answer. That’s not how we’re going to heal. It’s not [going] to help the Martin family for someone else to be hurt.”