‘General James ‘Mad Dog’ Mattis, who is being considered for Secretary of Defense, was very impressive yesterday. A true General’s General!’ Trump wrote.

The president-elect, who called Mattis ‘the real deal’ after their Saturday meeting at Trump National Golf Club in Bedminster, seemed to place the general even higher on his list of runner-ups.

Keeping in form with Trump’s already-filled cabinet picks, Mattis is a controversial figure who will need a congressional waiver in order to serve, should the president-elect select him.

The four-star Marine Corps general, who once said ‘it’s fun to shoot some people’, according to the Daily Beast, has only been retired for four years. But in order to obtain the position, secretaries of defense must be out of the military for seven.

Arizona Senator and Senate Armed Services Chairman John McCain said that Congress has waived this requirement in the past and that it shouldn’t hinder Trump’s choice. 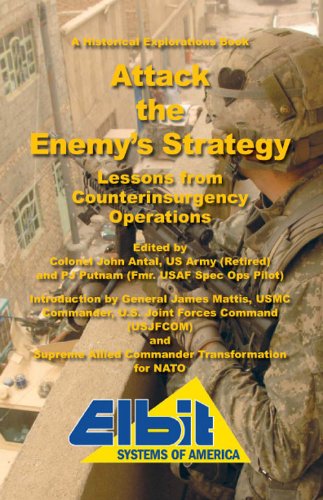 .
General James N. Mattis is the Davies Family Distinguished Visiting Fellow at the Hoover Institution. He studies national security issues, specifically strategy, innovation, the effective use of military force and the Middle East while writing a book on leadership. General Mattis commanded at multiple levels in his forty-three year career as an infantry Marine.

As a lieutenant in the western Pacific, he served as a rifle and weapons platoon commander in the Third Marine Division. As a captain in the Pacific and Indian Ocean, he commanded a rifle company and a weapons company in the First Marine Brigade. As a major he was the battalion officer at the Naval Academy Prep School and commanded Marine recruiters in the Pacific Northwest and Hawaii. As a lieutenant colonel he commanded an assault battalion breaching the Iraqi minefields in Operation Desert Storm. As a colonel he commanded 7th Marine Regiment and, on Pentagon duty, he served as the Department of Defense Executive Secretary.

As a brigadier general he was the Senior Military Assistant to the Deputy Secretary of Defense. Following 9-11 he commanded the First Marine Expeditionary Brigade and Naval Task Force 58 in operations against the Taliban in southern Afghanistan. As a major general, he commanded the First Marine Division during the initial attack and subsequent stability operations in Iraq. In his first tour as a lieutenant general, he was in charge of Marine Corps Combat Development at Quantico and subsequently served as Commander, I Marine Expeditionary Force/Commander, U.S. Marine Forces in the Middle East. As a general he served concurrently as the Commander of U.S. Joint Forces Command and as NATO’s Supreme Allied Commander for Transformation. Before retiring in 2013 he was the Commander of U.S. Central Command, directing military operations of over 200,000 soldiers, sailors, airmen, Coast Guardsmen, Marines and allied forces across the Middle East.

Flynn, who ran the Defense Intelligence Agency (DIA) from 2012 to 2014 and served as a top intelligence adviser to General Stanley McChrystal in Iraq, advised Trump on foreign policy throughout the course of the presidential campaign. He was at one time rumored to be on Trump’s vice-presidential shortlist, and remains one of the only high-ranking national-security officials to have publicly aligned himself with Trump.

Like the president-elect, Flynn, a self-described “maverick” and longtime Democrat, shares a penchant for unvarnished straight talk that has earned him praise from some and condemnation from others. In his book The Field of Fight (2016), co-authored with the historian and former Reagan-administration official Michael Ledeen, Flynn writes that he is “not a devotee of so-called political correctness.” He describes being fired from the DIA a year before his tenure was up for pushing back against “censors” in the Obama administration who objected to his declaring publicly that the U.S. was losing ground to terrorist forces abroad.

Since the national security adviser does not require Senate confirmation, appointing Flynn to the post would avoid a public confirmation hearing where some of his more controversial statements could stall or upend his entry into the administration. And that may be a plus for a transition team that has continued to face resistance from much of the Republican foreign-policy establishment as it works to fill out senior-level cabinet positions…

.
Lt. General Michael T. Flynn spent more than 33 years in Army intelligence, working closely with Generals Stanley McChrystal and David Petraeus, Admiral Mike Mullen, Director of National Intelligence James Clapper, and other policy, defense and intelligence community, and war-fighting leaders. From coordinating on-the-ground operations in Iraq, Afghanistan, and elsewhere, to building reliable intelligence networks, to preparing strategic plans for fighting terrorism, Flynn has been a firsthand witness to government screw-ups, smokescreens, and censored information that our leaders don’t want us to know. A year before he was scheduled to retire, Flynn was sacked as Director of the Defense Intelligence Agency for, among other things, telling a Congressional Committee that the American people are in more danger than we were just a few years ago.

Hey, he said he could be “presidential” when he wanted to be. Now we know that’s true.
.

.
Personally, I prefer the non-presidential Trump who shoots from the hip, not this Obamatized version.

.
For instance, this is The Donald when he’s NOT being “presidential”.
.

.
There, now wasn’t that better?