.
Here’s How Tonight’s Presidential Forum Between Trump And Clinton Will Work – Daily Caller

NBC News and MSNBC – along with the Iraq and Afghanistan Veterans of America – will host the the Commander-in-Chief Forum in New York City. It will be a one-hour forum where Clinton and Trump will answer questions about national security, military affairs and veterans issues in front of an audience mainly made up of 300 or so members of the military.

Matt Lauer – who is listed as a “notable past member” on the Clinton Global Initiative’s website – is moderating the forum. During an interview on MSNBC Wednesday, Lauer said he will not ask Trump and Clinton the same questions.

“I’m not going to be repeating the same questions, though some will overlap,” Lauer said. “The veterans will get a chance to ask these candidates their own questions.”

Lauer said that when he takes questions from the audience, he expects most of them to revolve around the system-wide failure of the Veterans Affairs program.

“Lack of treatment – that’s where I think they will focus their questions.”

Clinton will be asked questions first for approximately 30 minutes, then Trump will go on stage next. 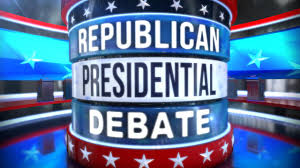