.
Norbert Hofer, the candidate for Austria’s right-wing Freedom Party (FPÖ), won 36.4 per cent of the vote, and will face an independent candidate in the final vote next month.

Newly compiled data after the New York Republican primary shows that among the states that have voted so far in 2016, GOP primary and caucus turnout is up well more than 8 million votes and well more than 60 percent over 2012’s process.

Top GOP officials say that the intense interest in the GOP primary throughout the year so far only serves to benefit the Republican nominee in November, whoever it ends up being.

.
United Healthcare’s announcement that it is pulling out of most of the exchanges established by the Affordable Care Act (ACA) – a.k.a. Obamacare – is one of many indications of the law’s continuing instability.

United made this decision for obvious reasons: It was losing too much money, with no prospect of a quick turnaround. The company reported that it lost $475 million on plans sold in the ACA’s exchanges in 2015 and expects to lose another $650 million in 2016…

Many of the most caring people in the U.S. think they are helping the poor from Latin America by leaving our Southwest border wide open between ports-of-entry, but they are not. Several of the transnational criminal organizations (cartels) operating in Central America and Mexico make an estimated one-third or more of their profits from illegal immigration. Specifically, two groups below Texas, the Gulf and Los Zetas cartels, are largely fueled by the trafficking and smuggling of human beings.

The brutality of these criminal groups, from incinerating innocents in a network of ovens to their near complete control of state and local governments, is largely paid for by funds generated from illegal immigration – a shadowy economic engine that is only possible because we refuse to properly secure our border with Mexico….

.
Former U.S. Sen. Harris Wofford announced that he will be marrying a man 50 years younger than himself almost 20 years after his wife passed away from leukemia, according to an op-ed that was published in the New York Times Sunday…

Nebraska Gov. Pete Ricketts, a Republican, has signed a major state forfeiture bill into law. Like New Mexico before it, the Cornhusker State now requires a criminal conviction before property can be forfeited.

Civil forfeiture is the law enforcement tool, which allows property suspected of being involved in, or derived from, criminal activity to be seized by police, sheriffs, and federal agents. It was ramped up in the 1980’s as a means of combatting the drug trade and organized crime, with the goal of stripping kingpins of their assets and ill-gotten gains.

Thirty years later, though, forfeiture has morphed into a system that is far more often used to seize relatively small amounts of cash, that stacks the deck against property owners fighting to get it back, and that encourages profiteering by law enforcement authorities….

.
President Barack Obama told Britain today that it would have to ‘go to the back of the queue’ if it leaves the European Union, then tries to negotiate its own trade deal with the United States.

A US-UK trade agreement is not going to happen ‘any time soon,’ Obama said during a joint news conference with British Prime Minister David Cameron….

In its bankruptcy filing, the company said it had assets of $20.7 billion and liabilities of $16.1 billion as of Sept. 30.

SunEdison’s two publicly traded subsidiaries, TerraForm Power Inc (TERP.O) and TerraForm Global Inc (GLBL.O), are not part of the bankruptcy. In a statement, the companies, known as yieldcos, said they had sufficient liquidity to operate and that their assets are not available to satisfy the claims of SunEdison creditors…

.
Virginia Gov. Terry McAuliffe promised Friday to use an executive order to restore voting rights to felons, an announcement that leaves the Republican-dominated legislature – some of whom have opposed an overturn to the Civil War-era prohibition – in the cold…

Turkey’s military have today shot down a Russian war plane near its border with Syria after the jet violated Turkish air space.

President Vladimir Putin called Turkey’s decision to shoot down the plane a ‘stab in the back by the terrorists’ accomplices’, as his Defence Ministry still claims the jet was in Syrian airspace

Footage reportedly filmed by rebels in Syria’s Turkomen Mountains, an area which has been the cause of recent tensions between Turkey and Russia, shows local fighters cheer as they discover the body of one of the Russian pilots.

.
The video, posted on Twitter by a man believed to be a Syrian-Turkmen rebel soldier, shows at least a dozen men surrounding the corpse of the pilot, dressed in Russian military fatigues, and some are heard shouting ‘Allahu Akbar’ – ‘God is great’.

Local rebels said the pilot, who can be seen covered in bruises and burns in the video, was already deceased when he landed, and that none of the Russian pilots had been killed by Syrian fighters.

The area is mainly populated by Turkmens – Syrians citizens, but ethnic Turks – and is the target of a current Syrian government offensive, where President Bashar al-Assad’s ground troops are supported by Russian airstrikes.

The Turkish army said the pilots of the Russian jet had been warned ‘ten times in the space of five minutes’ before the plane was shot down.

Both pilots ejected themselves from the jet and could be seen parachuting down to the ground, where one has been reported dead and the other captured by Syrian Turkmen rebels.

The Turkomen Mountains is controlled by several insurgent groups, who are not allied with ISIS, including al-Qaida’s branch in Syria, the Nusra Front, and the 2nd Coastal Division that consists of local Turkmen fighters.

.
Just hours before the Russian jet was shot down, Ankara called for a U.N Security Council meeting to discuss attacks on Turkmen areas in Syria, which have forced some 1,700 civilians to flee their homes in the last three days, according to Turkish officials.

It followed a summoning of Moscow’s ambassador on Friday, when Ankara demanded an immediate end to the Russian military operation near the Syrian border saying the Russian actions did not ‘constitute a fight against terrorism’ but the bombing of civilians.

Ambassador Andrey Karlov was warned during the meeting that the Russian operations could lead to serious consequences, the ministry said.

Turkish officials said the Russian plane was first warned that it was within ten miles of the Turkish border, and the aircraft then crossed over Turkish territory, adding that a second plane had also approached the border and been warned.

‘The data we have is very clear. There were two planes approaching our border, we warned them as they were getting too close,’ a senior Turkish official said.

‘At the request of Turkey, the North Atlantic Council will hold an extraordinary meeting at 4pm. The aim of this extraordinary NAC is for Turkey to inform Allies about the downing of a Russian airplane,’ the official said.

The North Atlantic Council consists of ambassadors from the 28 NATO member states.

.
A Turkish military statement, issued before it was confirmed that the jet was Russian, said the plane entered Turkish airspace over the town of Yayladagi, in Hatay province.

‘On Nov. 24, 2015 at around 09.20am, a plane whose nationality is not known violated the Turkish airspace despite several warnings (ten times within five minutes) in the area of Yayladagi, Hatary.

‘Two F-16 planes on aerial patrol duty in the area intervened against the plane in question in accordance with the rules of engagement at 09.24am.’

The Turkish Army later released a radar analysis image which they say tracks the movement of the Russian Sukhoi Su-24 jet, showing where it entered Turkish air space, and where it went down.

‘This isn’t an action against any specific country. Our F-16s took the necessary steps to defend Turkey’s sovereign territory,’ a Turkish official told news agencies on condition of anonymity.

Russia’s Defence Ministry said in a statement that they are looking into the circumstances of the crash of the Russian jet.

‘The Ministry of Defence would like to stress that the plane was over the Syrian territory throughout the flight.’

The statement also claimed that the Sukhoi-24 had been shot down from the ground at the altitude of 6,000 metres (3.73m).

.
Vladimir Putin’s spokesman called the downing of the Su-24 warplane a ‘very serious incident’ but declined to comment further until more facts emerged.

‘It is just impossible to say something without having full information,’ said Dmitry Peskov.

Russia’s government-run TV Zvezda claimed the warplane had been in Syrian airspace the entire time, which allegedly could be proven by ‘control systems’, a ministry spokesman said.

‘It’s the kind of thing we’re been warning about,’ said Ian Kearns, director of the European Leadership Network think-tank in London.

‘And it’s a direct military engagement between a NATO country and Russia, so I think it’s a serious incident in anybody’s book.’

Turkish Prime Minister Ahmet Davutoglu has spoken with the chief of military staff and the foreign minister about the developments on the Syrian border, the prime minister’s office said in a statement, without mentioning the downed jet.

He has ordered the foreign ministry to consult with NATO, the United Nations and related countries on the latest developments, his office said.

Turkey and Russia have long been at loggerheads over the Syrian conflict, with Ankara seeking Assad’s overthrow while Moscow does everything to keep him in power.

Russian Foreign Minister Sergei Lavrov is due to visit Turkey on Wednesday to discuss Syria, in a trip arranged before this incident.Turkish President Tayyip Erdogan is meanwhile expected to visit Russia for talks with Putin in late December.

Russia’s participation in the Syrian peace process talks in Vienna, the co-operation on the UN Security Council resolution and meetings between Russian President Vladimir Putin and Nato leaders provided signs of a renewed diplomatic engagement between Moscow and the West in recent weeks.

French President Francois Hollande will meet Mr Putin on Thursday and Russia has offered co-operation in the fight against IS following the atrocities in Paris and the downing of a Russian passenger jet in Egypt.
. 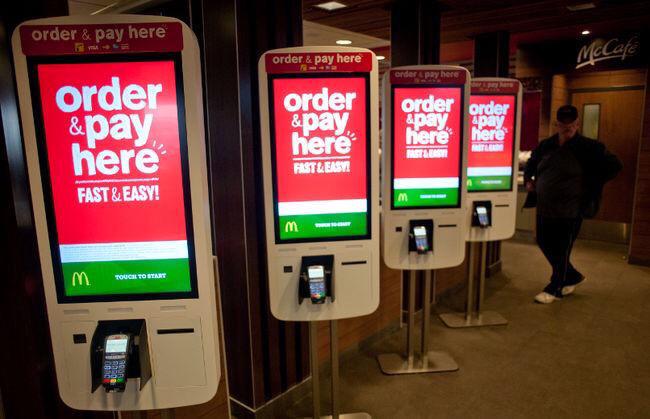 While it seems liberals may think that raising the minimum wage will raise living standards for poor Americans, they should have seen this coming.

With Los Angeles joining Seattle in setting a $15 minimum wage (Los Angeles by 2020, and Seattle by 2021), it stands to reason that McDonald’s would find a way around simply paying workers more, as Vox pointed out the obvious fact that “the reality is that McDonald’s just wants to make money.”
.
Keep reading…