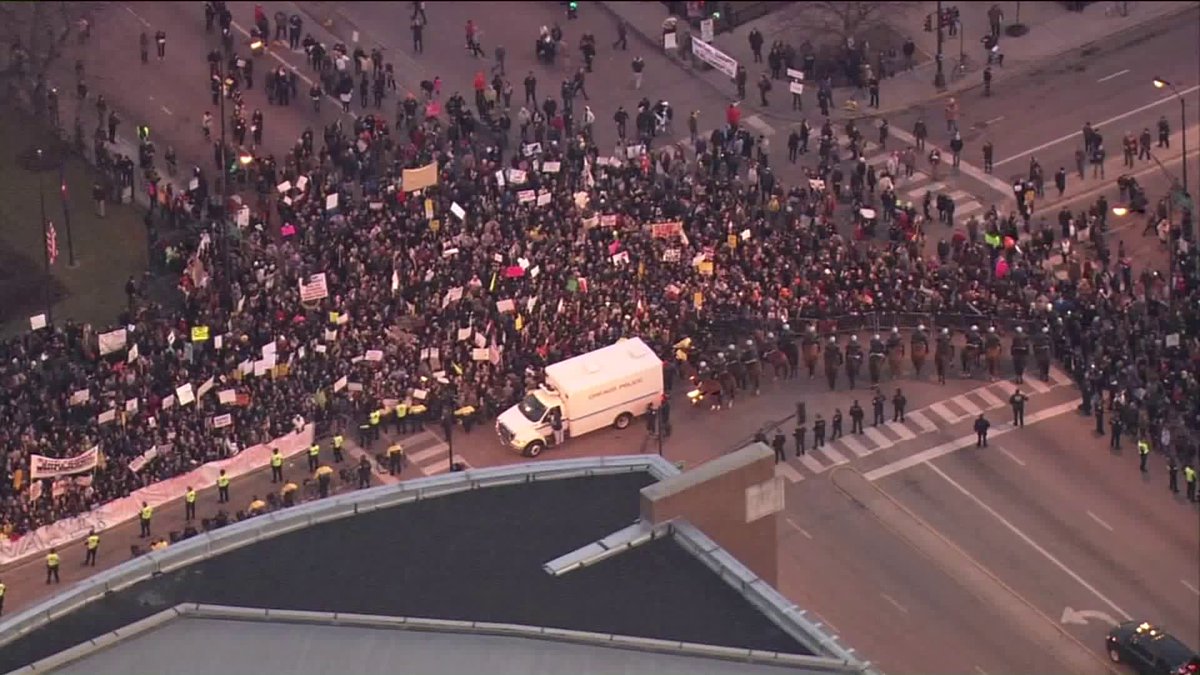 .
Donald Trump’s rally in Chicago has been postponed amid huge protests against him.

A Trump campaign staffer took the stage, about 30 minutes after the rally was supposed to start at 7 p.m., and said that Trump had just arrived to Chicago.

He said the rally would be postponed because of security concerns.

The crowd erupted into screams and boos.

His campaign released a statement: “Mr. Trump just arrived in Chicago and after meeting with law enforcement has determined that for the safety of all of the tens of thousands of people that have gathered in and around the arena, tonight’s rally will be postponed to another date.”
.

.
Video footage from inside the venue showed many people remaining inside after the announcement, and several physical altercations broke out.

An African-American man at one point took the stage, shouting back at supporters on the floor, before being escorted out by security.

.
Police had the venue mostly cleared by about 8 p.m. Fox News reported that Trump is back at his hotel and will be leaving for Ohio on Saturday.

The large protests come on the heels of a Trump rally earlier this week where a man was charged with assault and battery after video surfaced showing him punching a man in the face.
.

The real estate mogul himself on Thursday night said he doesn’t “condone” the violent behavior at his campaign events.