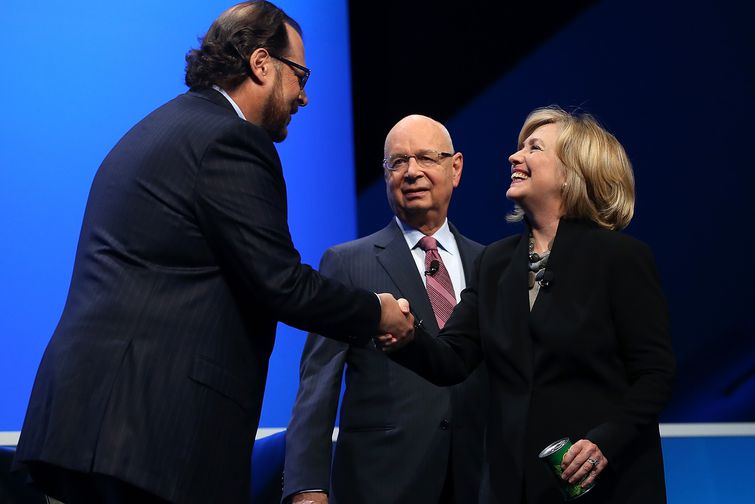 .
Almost a decade ago, as Hillary Clinton ran for re-election to the Senate on her way to seeking the presidency for the first time, the New York Times reported on her unusually close relationship with Corning, Inc., an upstate glass titan. Clinton advanced the company’s interests, racking up a big assist by getting China to ease a trade barrier. And the firm’s mostly Republican executives opened up their wallets for her campaign.

During Clinton’s tenure as Secretary of State, Corning lobbied the department on a variety of trade issues, including the Trans-Pacific Partnership. The company has donated between $100,000 and $250,000 to her family’s foundation. And, last July, when it was clear that Clinton would again seek the presidency in 2016, Corning coughed up a $225,500 honorarium for Clinton to speak.

In the laundry-whirl of stories about Clinton buck-raking, it might be easy for that last part to get lost in the wash. But it’s the part that matters most. The $225,500 speaking fee didn’t go to help disease-stricken kids in an impoverished village on some long-forgotten patch of the planet. Nor did it go to a campaign account. It went to Hillary Clinton. Personally.

The latest episode in the Clinton money saga is different than the others because it involves the clear, direct personal enrichment of Hillary Clinton, presidential candidate, by people who have a lot of money at stake in the outcome of government decisions. Her federally required financial disclosure was released to media late Friday, a time government officials and political candidates have long reserved for dumping news they hope will have a short shelf life.

Together, Hillary and Bill Clinton cleared $25 million on the lecture circuit over the last 16 months, according to a Hillary Clinton’s personal financial disclosure required of presidential candidates. A lot of the focus will naturally go toward the political argument that Clinton’s wealth makes her out of touch. The US has had plenty of good rich presidents and bad rich presidents. What’s more important is whether they are able to listen to all of the various interests without being unduly influenced by any of them.

There’s a reason government officials can’t accept gifts: They tend to have a corrupting effect. True, Hillary Clinton wasn’t a government official at the time the money was given. But it is very, very, very hard to see six-figure speaking fees paid by longtime political boosters with interests before the government – to a woman who has been running for president since the last time she lost – as anything but a gift.
Who gave and gave and gave and lobbied?

Corning’s in good company in padding the Clinton family bank account after lobbying the State Department and donating to the foundation. Qualcomm and salesforce.com did that, too. Irwin Jacobs, a founder of Qualcomm, and Marc Benioff, a founder of salesforce.com, also cut $25,000 checks to the now-defunct Ready for Hillary SuperPAC. Hillary Clinton spoke to their companies on the same day, October 14, 2014. She collected more than half a million dollars from them that day, adding to the $225,500 salesforce.com had paid her to speak eight months earlier.

And Microsoft, the American Institute of Architects, AT&T, SAP America, Oracle and Telefonica all paid Bill Clinton six-figure sums to speak as Hillary Clinton laid the groundwork for her presidential campaign.

.
And that list, which includes Clinton Foundation donors, is hardly the end of it. There’s a solid set of companies and associations that had nothing to do with the foundation but lobbied State while Clinton was there and then paid for her to speak to them. Xerox, the Biotechnology Industry Organization, and the Institute of Scrap Recycling Industries, in addition to Corning, all lobbied Clinton’s department on trade matters and then invited her to earn an easy check.

By this point, most Clinton allies wish they had a button so they didn’t have to go to the trouble of rolling their eyes at each new Clinton money story. The knee-jerk eye-roll response to the latest disclosure will be that there’s nothing new to see here. But there’s something very important to see that is different than the past stories. This time, it’s about Hillary Clinton having her pockets lined by the very people who seek to influence her. Not in some metaphorical sense. She’s literally being paid by them.

That storyline should be no less shocking for the fact that it is no longer surprising. The skimpy fig leaf of timing, that the speeches were paid for when she was between government gigs, would leave Adam blushing. And while most Democrats will shrug it off – or at least pretend to – it’s the kind of behavior voters should take into account when considering whether they want to give a candidate the unparalleled power of the presidency. It goes to the most important, hardest-to-predict characteristic in a president: judgment.