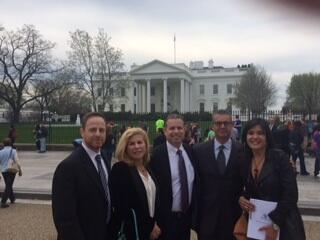 She made her initial court appearance Friday and was released.

The seven-count indictment, issued earlier this week and unsealed on Friday, charges Thawer with one count of conspiracy to commit fraud in connection with immigration documents; one count of mail fraud; one count of transfer or use of the means of identification of another person; and four counts of aggravated identity theft.

Thawer represented immigrants who were applying for various visas to enter or remain in the U.S., officials said. That included U Nonimmigrant Status, known as a U-Visa.

To qualify for a U-Visa, an immigrant must have been a victim of a certain crime and helped law enforcement with the investigation or prosecution. Applicants must submit a form completed by the law enforcement agency that worked on the case.

Sherin Thawer is quite the Barack Obama supporter.