Our Flag Was Not There: Obama And America Shamefully Skip Paris March Against Terror – New York Daily News

.
Displaying powerful symbolic unity, in fitting and proper testament to the defense of civilization, more than 40 world leaders linked arms to lead the mass march in Paris in resolve against Islamist terror.

The United States of America, Barack Obama, President, was inexcusably absent from one of the most critical turning points in the war between radical Islam and the West since 9/11.

No Obama. No Joe Biden. No John Kerry from State. No Chuck Hagel or Ashton Carter from Defense. Not even Eric Holder from Justice, who happened to have been in Paris. 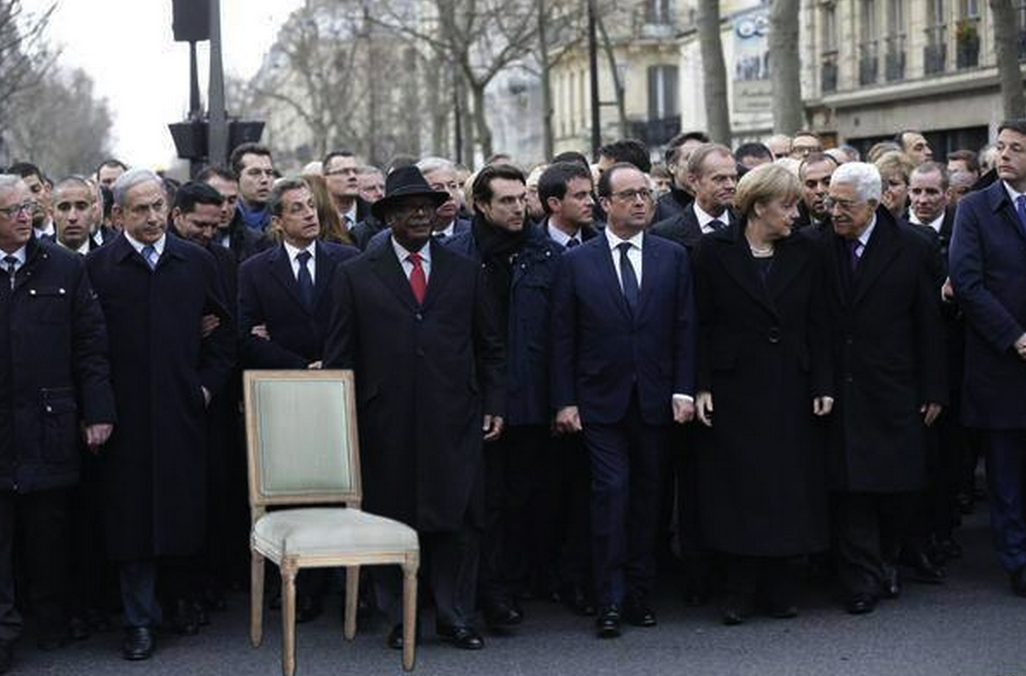 .
All linked arms with French President Francoise Hollande, leader of the country where terrorists killed 17 in a deliberate attack on democratic values, leader of one of America’s most stalwart allies in the war on terror.

Still worse, Obama’s abdication of leadership reflects a larger presidential failure to convey the gravity of the Charlie Hebdo attack, even if the substance of his anti-terror policy remains strong.

.
On Friday, shortly after the assault reached its fatal climax, Obama appeared at a campaign-style rally in Tennessee to tout economic good news. He opened with happy talk, then devoted 310 perfunctory words to the events in Paris. Two hours later, he delivered more happy talk at a second Tennessee rally.

On Saturday, he opened his weekly radio address: “Hi, everybody. About a year ago, I promised that 2014 would be a breakthrough year for America. And this week, we got more evidence to back that up.”

Bypassing Paris, the President closed, “Thanks, everybody, and have a great weekend.”